We use cookies to make your experience better. To comply with the new e-Privacy directive, we need to ask for your consent to set the cookies. Learn more.

The Places That Produce The Most England International Footballers 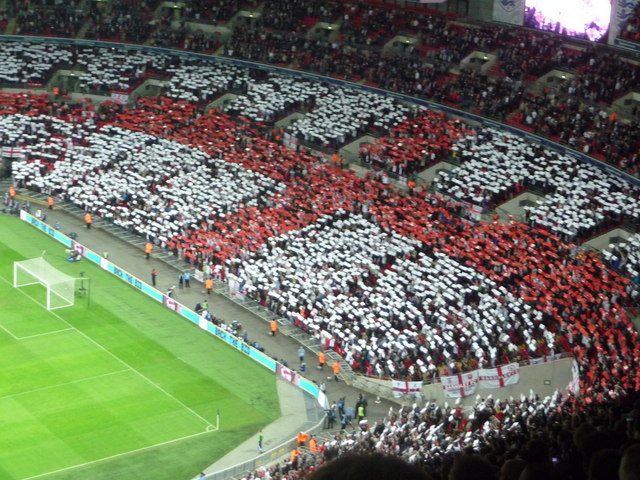 Football for many of us is more than just a sport, it’s a way of living. Whether you support your local team or travel miles for every match, you are guaranteed to feel at home within your club's stadium. In fact, many supporters form strong rivalries with opposing teams whilst firmly standing by their chosen team. Yet there is one team every football fan will support each time they play, sticking with them through the ups and downs (and there's been a lot!).

The England squad gets the whole nation singing, whether it's down the pub, in our own homes, or at the stadium. Events such as The World Cup and The Euro’s brings the football community together and allows some of the best players in the game to shine. However, the football rivalry won’t stop because the players are on one team, as many of us take the opportunity to gloat about star players being from our club. But which places have dominated the England line-up throughout the years?

In order to find which places gifted us the most England internationals, we went to Wikipedia to find the birthplace of every England Footballer who has been selected for either a European Championships or World Cup squad. This gave us our list of 285 players that have represented England at a major tournament.

Which Regions Dominate the England Team?

Click on the circles to reveal the players from each county.

The North West of England is synonymous with a few things, but we can now for certain crown them as the Kings of English Football. The region produced an incredible 73 international footballers, with the top clubs Manchester Utd and Liverpool being the key driving force of the North West’s success.

In fact, the North of England did fairly well in general, with Yorkshire & the Humber (37 players) and the North East (31 players) both coming in behind London (56 players). If we settled the North/South divide based on England's football team alone, then the South would be losing by a mile, with only 8 players coming from the South West and 20 from the South East.

Some things never change though, as the Midlands sits directly in the middle of the table with the West Midlands producing 22 players, whilst the East Midlands comes shortly behind with 17 players. Eastern England produced slightly less with a respectable 15 players, placing them just behind the Midlands.

Although the North had some of the best regions for producing international footballers, it is actually Greater London that came out on top as the best county. Greater London is responsible for 56 players, with the likes of Bobby Moore, David Beckham, and Harry Kane all being born in the County.

The City of Liverpool is the district that played home to the most internationals, producing 15 players over the years. Liverpool are running away in the lead, followed by Manchester next with 9, Sheffield with 8, followed by Newham and Birmingham with 7.

Some of the famous players born in Liverpool include Wayne Rooney, Robbie Fowler, Peter Reid, Brian Labone and World Cup winner Gerry Byrne, with the most recent being Trent Alexander-Arnold.

St Helens and Sefton on Merseyside have also produced 3 players each, with Knowsley joint 5th on the list with Birmingham, producing 6 call ups including Steve McMahon, Phil Thompson and of course Steven Gerrard.

The only other cities/district's to have produced at least 5 players are Bolton, Bury, Gateshead, Preston, Southwark & Sunderland.

Focusing just on towns rather than larger cities, our research revealed that the towns that have produced the most players are Ashington, Bury and Greenwich. Ashington is famous for being the birthplace of Bobby & Jack Charlton, as well as Jackie Milburn & Jimmy Adamson. The last squad however, including players born in Ashington was all the way back in 1970.

Bury is of course famous for producing the Neville brothers with 8 tournament call ups between them. Bury also had Colin McDonald in the ‘58 World Cup squad and Kieran Trippier in the 2018 squad whose right foot had us all believing for an all too brief period in the Luzhniki Stadium.

Peter Brabrook was the only player to come from Greenwich before 2010, but with a burst of producing Shaun Wright-Phillips, Glen Johnson, and Chris Smalling in the same era, they also quickly shot to the top of the list.

Close behind are 5 towns which have each produced 3 players - Barking, Camberwell, Gateshead, Kirkby & Plaistow.

The Clubs That Send The Most Players To Tournaments

Interestingly, the “big six” clubs when it comes to historically sending the most players to major international tournaments is remarkably similar to the modern “big six”, with Everton coming in 6th, followed by Man City in 7th. Man Utd & Liverpool are battling it out for top position with Utd slightly ahead with 71 to Liverpool’s 68. 15 of the top 20 are also teams that were in the Premier League this season.

Liverpool do however come out on top if we only count each player once. For example, Bobby Charlton represented Manchester United at 5 different tournaments, thus he is counted 5 times in the above figures. Counting the number of unique players a club sends, Liverpool lead the way with 40, followed by Tottenham with 36 and then Man Utd with 33.

As for the non-English teams, Rangers have sent the most unique representatives, 5 in total - Chris Woods, Gary Stevens, Terry Butcher, Trevor Steven and Paul Gascoigne. These all came between ‘88 and ‘96 with 4 Rangers players in the 1990 World Cup squad.

The Prototype To Make An England International Squad

Obviously the date of your birthday has nothing to do with how likely you are to make a Euros or World Cup squad. But for the sake of strange curiosity, what if it did?

So anyone born on October 18th is off to a great start apparently! The birth date that has produced the most squad players with 5 is December 8th. 4 players have been born on July 28th, August 5th and September 3rd. The only exact dates that have produced multiple players are April 29th 1927, March 19th 1966 and July 25th 1973, and 1966 isn’t just the year of England's greatest triumph, it’s also the year in which more players were born than any other year.

The most common name to get you a call up? 4% of the players ever called up are called Peter, 12 in total. There’s been 9 Steve/Steven’s, 7 Alan and Paul’s, and 6 players called David, Phil, Gary & Jimmy. 11 is the “perfect” number of characters to have between your first name and surname in order to get called up.

The point of all this? If your name is Peter, you have a 6 letter surname, 26 years old and were born in October, preferably on the 18th, you’re statistically more likely to go to a major tournament with England than anyone else is!

All data was collected from Wikipedia. You can view the full dataset here.
Categories: Sports, Football
Author: Ben Mcfarlane